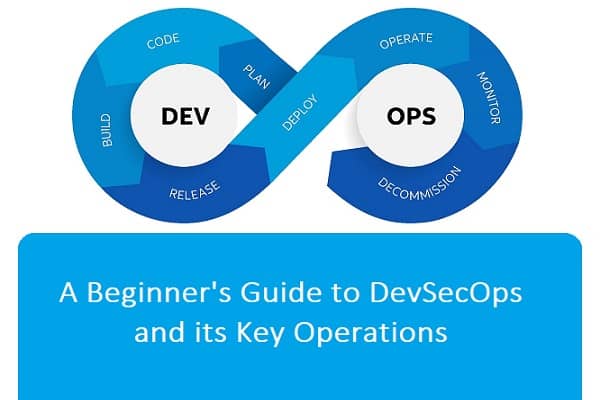 When deployed, DevSecOps introduces security practices early in the software development life cycle (SDLC). It also entails incorporating security teams into the software delivery cycle. DevSecOps changes the way that key functional teams think, work, and use technology. It also makes security a shared responsibility. Everyone participating in the SDLC must contribute to the DevOps CI/CD process’s security.

DevOps is primarily concerned with a company’s culture and practices, as well as its technology and tools. All three make it easier for developers and IT operations teams to build, test, and distribute software in a way that is faster, more flexible, and iterative than traditional methods.

The Main Components of DevSecOps

The use of the DevSecOps approach successfully requires the following elements to be realized:

DevOps ultimately gave birth to DevSecOps when teams realized that the DevOps strategy did not effectively handle system security concerns. DevSecOps is a technique that arose from an endeavor to incorporate security management before all stages of the development cycle. This contrasts with the usual method of incorporating security into the design. Using this strategy, application security is introduced early in the build process, rather than toward the end of the development pipeline. A DevSecOps expert uses this revolutionary method to guarantee that programs are secure against cyberattacks before they are delivered to the client and stay secure even after they have been updated. DevSecOps is a DevOps plugin that encourages developers to design code with security in mind and tries to tackle security issues that DevOps does not presently handle. Understanding the distinction between DevOps and DevSecOps will help you decide which methodology is best for the types of projects that your company works on.

Why Is DevSecOps Important?

DevSecOps helps reduce the frequency of cyberattacks in today’s corporate environment. Applications in many sectors benefit from early and frequent security implementation.

What Are the Benefits of DevSecOps?

Putting DevSecOps into practice can result in several positive outcomes.

Throughout the whole of the software development process, teams’ primary attention is on security measures. They do not wait until the program is finished before doing checks; rather, they undertake checks at each step. Software development teams now can uncover security flaws at earlier stages, which reduces both the cost and the amount of time required to address problems. When the app is finished, users will have less issues and feel safer because of this.

Software development teams now can automate security testing, which helps cut down on mistakes caused by humans. In addition to this, it prevents the process of security evaluation from becoming a bottleneck in the development process.

DevSecOps is a methodology that helps software development teams comply with regulatory obligations by using industry-standard security procedures and tools. They determine the criteria for data protection and system security inside the system.

When designing an application, software teams have a heightened awareness of the most effective security methods. They are more proactive about looking for possible security flaws in the code, modules, or other technologies used to build the application.

The flexibility of the development, operations, and security teams’ ability to work together is fostered by the DevSecOpsapproaches. They use the same tools and have the same knowledge of software security, which enables them to automate the evaluation and reporting processes. Everyone is trying to think of ways to give customers more value while keeping a high level of security.

Also read: Which Security Measures Are Proving To Be the Best During Development?

The following things make it easier to implement DevSecOps and are also important parts of the process.

Secure coding is required for the creation of more secure software. The lack of secure coding practices may raise the possibility of software security vulnerabilities, such as data leaks. Your engineers must be able to do this task, even if it takes extra time and resources. Coding standards aid developing teams in creating more understandable code.

Both DevOps and DevSecOps emphasize automation. Security automation is required for a CI/CD system to be able to keep up with code delivery. This is particularly true in large organizations where programmers often submit code.

Automating security testing demands mental effort. The misuse of automated technology has the potential to cause harm. Static Application Security Testing (SAST) technologies are used to identify possible vulnerabilities early in the development process. For the safety of the things your company sells, it is important to use the right security automation technology.

Testing with a left shift entails building security into programs from the start rather than adding it at the end. This allows you to discover possible faults and find solutions to them faster. When problems are found early, they are less expensive to rectify. It’s an interesting routine, but there are some difficulties. The left shift may create issues with DevOps operations. Shifting left is a long-term best practice that is suggested while using DevSecOps.

The importance of culture in DevSecOps programs cannot be overstated. Because manual security measures may hinder development, they are often postponed until the testing stage of the software development life cycle (SDLC). When the main goal of the development team is to get the product out on time, security concerns may get in the way.

You must enlist the support of both the development and operations teams for DevSecOps. If done effectively, security may enable DevOps to be successful. DevSecOps saves time and money by detecting and removing vulnerabilities early on.

Security experts are present at both the team and management levels in the most effective DevSecOps programs. This strategy ensures that all teams have access to the resources they need to do their jobs and that management supports the security champions on those teams.

Implementing DevSecOpscan be a challenging task.To begin, consider the people and culture. DevOps team members may need to be retrained on the most recent security technology and best practices. Your teams need to understand that they are responsible for the security, usability, features, and functions of the software.

Another problem you may have is incorporating security tools into your DevOps workflow. If DevSecOps technologies are more automated and integrated, it will take less time to train people and change the way businesses work.

There are many scenarios when automating the security procedures, you’ve been employing for years isn’t the best approach. Why? Your development environment has changed. Most of the software available today is open source. Traditional security tools are incapable of accurately detecting problems in open-source software.

Modern cloud-native apps are run in containers that can be spun up quickly. Traditional security solutions designed for use in production environments, such as “cloud security” technologies, are incapable of conducting an acceptable risk assessment of containerized programs.