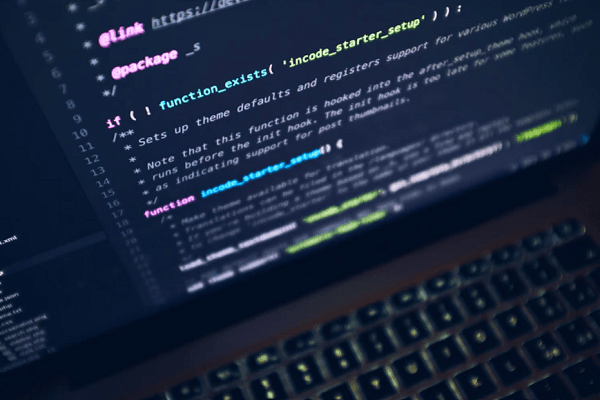 Static Application Security Testing, or SAST, is a prevalent white-box testing technique that analyzes the source code of an application while its components are static.

Since it is carried out without executing the code, SAST can be implemented in the initial stages of the software development life cycle, allowing you to detect and resolve any vulnerability in your code in a timely manner.

Today, we’ll see whether or not SAST can be a good option for application security testing.

Why There’s a Need for Static App Security Testing?

Before we proceed to the pros and cons of SAST, let’s see why there’s a need for static app security testing in the first place.

App security testing has become an integral part of the software development lifecycle for more than a decade. As applications become more and more complex, their reliance on third-party libraries is increasing every day. As a consequence, their vulnerability to security threats is also on the rise.

According to Forester’s State of Application Security report, more than 40% of security attacks on apps in 2020 utilized a software’s vulnerability against itself. Static testing aims at detecting and removing all such vulnerabilities way before an app is released into the market.

SAST allows developers to test their application’s security in a static state to uncover all kinds of errors. These errors can then be fixed at this testing stage, saving businesses a good amount of resources.

There are several tools that businesses can use for static testing. While doing so, they must consider multiple aspects, such as language support, accuracy, compatibility, scalability, and coverage of vulnerabilities.

Even though SAST can identify and resolve a good range of problems, it can’t make your app impenetrable. And that makes sense; there is only so much a single technique can achieve, and no tool can cover every aspect of application security.

Like every security technique, SAST has its pros and cons. As a developer, you need to be aware of all of them to make an informed decision.

If used correctly, SAST can significantly enhance an application’s security. Here are some of its top benefits:

Early testing makes all kinds of bugs a lot easier to fix. In addition to that, uncovering and remediating security defects at the initial stages of development saves businesses a great deal of money as well.

SAST, by its nature, is a technique that automates security testing. It can be integrated with various stages of development to scan the code and find vulnerabilities automatically.

SAST can easily detect basic coding errors. This makes it extremely useful for developers to gauge whether they are following best coding practices or not. Using static testing is the best way to make sure your coding practices are up to standard.

One of the biggest pros of SAST is that it is compatible with all types of apps, be it web, mobile, or desktop. Not only this, but static testing can also cover a wide scope of programming languages.

SAST is very efficient in catching common weaknesses in in-app security. These common bugs can include anything from SQL Injection and input validation to overflows in buffers. Static testing allows developers to easily detect these vulnerabilities and nip them in the bud.

Even though SAST has been in use for quite some time, it still has shortcomings that may negatively impact an application’s security. It is important for developers and businesses to know these issues to decide when and how to use static testing in SDLC.

Since SAST is a static testing technique, it is only natural that it falls short in some places.

Several issues cannot be tested automatically with just the source code. Some instances of these bugs may include authentication and access problems. SAST can also not cover security issues that may arise at configuration or run time. This makes it essential for developers to use additional testing techniques.

Open-source components form a large part of today’s applications. But SAST lacks the ability to test vulnerabilities in such components, leaving a large part of an app’s security untested. As a result, businesses have to incorporate SCA tools or other testing techniques to ensure maximum security coverage.

As another shortcoming, SAST is prone to false positives. False Positives can cost businesses and developers a lot of time to differentiate between real threats and false alarms. Considering the competitive pace of app development today, this can prove to be a big issue.

Even though SAST ensures automated testing, it still takes a large amount of time. A preliminary scan on a large codebase can take up to several hours. Even after that, it takes additional time to analyze the results because SAST only highlights vulnerabilities. It is a developer’s job to analyze the results and see if a particular weakness poses a security threat. So, with SAST, the testing process gets tedious, slowing down the SDLC.

Like other static testing techniques, SAST also can only find codebase weaknesses. It is not possible for SAST to identify business logic issues.

As with all other security testing techniques available today, SAST too has its downsides. It falls behind in many areas due to its slow nature and its inability to test every aspect of app security, making it hard for developers to incorporate it in the later stages of the SDLC.

Still, its importance can’t be ignored. SAST is a pretty good candidate, as far as static testing of a codebase is concerned. It allows you to shift your security left, ensures conformity to good coding practices, and helps detect common vulnerabilities when they’re the easiest and cheapest to fix.