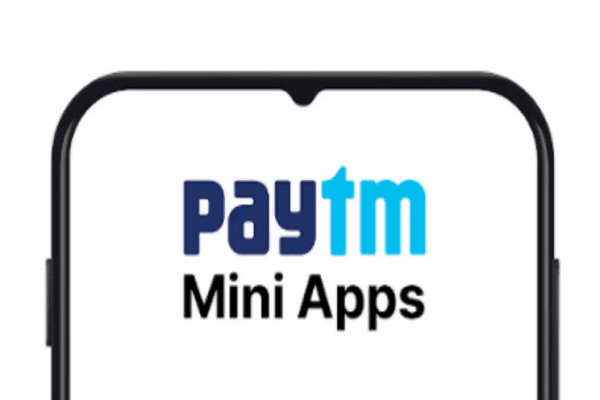 The Paytm Mini App Store has been launched with the digital payments app, the company announced on Monday. Just days after tech pioneers in India mobilized for a national app store, Paytm revealed this, but that’s slightly different. Paytm hosts links to progressive web apps (PWAs), which are light apps that can run inside a web browser without needing any installation, instead of offering native apps and developer tools.

The buzz around Paytm competing against the Play Store of Google is not a contrast of apples to apples. Probably because Google’s Play Store is a website with thousands of games, and all Android devices are preinstalled, giving users the option to download the ones they like. Whereas on the Paytm platform, these are mainly custom-built mobile websites that provide app-like experience to users without downloading them. Paytm has a few hundred developers onboard to launch.

The Mini App store has been designed to enable small developers and businesses in India to set up low-cost and easy-to-build apps using HTML and Javascript, according to Paytm’s press release. Within the Paytm app itself, these apps open within a window, and the listings will also be free, Paytm said. Paytm offers developers a dashboard to keep track of analytics, results, payments, and other instruments that allow them to communicate directly with the user. The company also announced that this Mini App Store was being tested in the Beta stage with select users and has already drawn more than 12 million visitors in September alone.

This is a mini-app store and not an app store. Developers can build their mini web apps without spending a lot of technology bandwidth developers, which gives an app-like experience to end-users and can be integrated with Paytm. Every developer needs two things-delivery and payment-and we provide both, including the entire Paytm delivery at zero percent fee along with zero percent fee.

As you all know, a few days before Paytm developers decided to build their own mini play store and assist Indian developers to list their apps free of cost, Paytm app had been removed under its terms and conditions. The Paytm Mini App Store will allow users to experience the app without downloading it, as mini apps are custom mobile websites that offer users an app-like experience. You can easily access it by using the Paytm App to access the Paytm Mini App Play store.

Paytm said the Mini App Store has been with select users in the country for some time in its beta testing process and has seen more than 12 million visits in the month of September. A handful of applications such as AQI Dashboard, EMI Calculator, MojoPizza, Horoscope, Speedtest, and Unit Converter have already been populated with it. Paytm said that the software has already been joined by over 300 app-based service providers, including Decathlon, Domino’s Pizza, FreshMenu, Netmeds, NoBroker, Ola, and more.  It is expected that these applications will soon find their way to the Mini App Store.

Paytm today announced the launch of its Android Mini App Store to help Indian developers take their creative products to the masses. Digital payments and technology platform Mini apps are a custom-built mobile website that allows users to save their limited data and phone memory without having to download them, which will greatly help millions of people.

Within its app, Paytm provides the listing and delivery of these mini-apps without any fees. For payments, developers will be able to provide their users with a choice of Paytm Wallet, Paytm Payments Bank, UPI, net-banking, and cards.

In India, Google has postponed implementing the 30 percent commission until March 31, 2022, inside the developer app. The tech giant claims the delay has been introduced to provide ample time for Indian developers to incorporate it. For all applications that currently use an alternate payment mechanism, the subscription UPI option will be available on Google Play.

Paytm was also one of the key apps in India that were recently thrown away from Google Play. Google later clarified that, as Paytm reported, Paytm was removed from the platform for infringing its content laws, and not for providing refunds and coupons.

Paytm believes that India will be able to create a sustainable and prosperous local technology ecosystem through this initiative that resonates with the true spirit of Atmanirbhar Bharat. Growing technology companies will have the opportunity to focus on India’s Paytm to contribute to the Indian economy’s overall growth and build jobs. Developers, entrepreneurs, and tech companies can contact [email protected] at the Paytm Android Mini App Store.