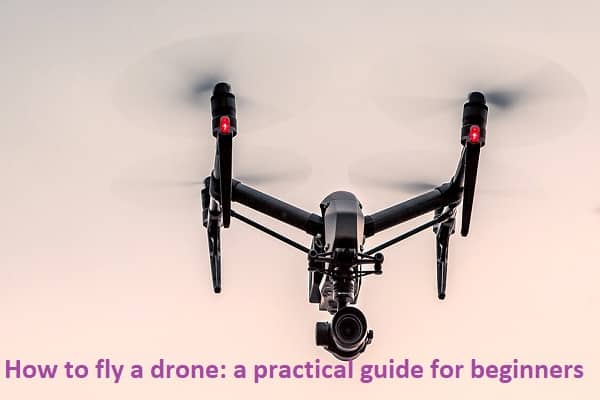 Everyone by now knows that it is a drone. Either you have one, or you’ve seen them flying on TV and YouTube, or you know someone who flies it out there.

At first they were like a toy. Later, as technology developed and photo camera sensors became more and more compact and powerful, they were timidly used for taking pictures and recording videos.

But it is 2017 the year where these professional aerial tools begin to acquire great prominence, hand in hand with the implementation of faster wireless communication technologies with better coverage throughout the planet. You can also hire a Drone Professional or Drönarpilot Göteborg to teach your how to master drone piloting in the minimum period.

Drones are the present

Today, the use and application of RPAS drones for professional purposes in Industry, Infrastructure, Power Generation, Security, Agriculture is beyond any doubt and grows exponentially every year thanks to R&D.

If you are reading this article it is probably because you are thinking that drones can be your way of life tomorrow, or help your company towards technological transformation:

The use of RPAs in any work area where they can be applied is cheaper, faster, more efficient and safer than the work carried out with operators (people).

Perhaps it is a little scary to think about , but we are not going to deny evidence.

But first, you may want to read some of our basic tips to familiarize yourself with technology and ensure that your first flights run with the fewest possible incidents. Because there will be, there will be.

Also read: Why Do Creatives Love Working With Mac?

The flight controls are the two front levers found on all RPA remote controls . Its shape and mode of use is similar to a video console joystick.

All model airplane stations are very similar, mainly varying the number and position of the auxiliary buttons and levers. Although, its essence lies in these two levers that we will find in all of them.

And that can be configured in two different modes of use; or what is the same: with which hand (right or left) the different movements of the aircraft are controlled in the air.

Forward – Backward. Forward or reverse, and the travel speed. If we move the right hand control up or down.

Right left. Side scrolling, and your scrolling speed. If we move the right hand control to the right or to the left.

The rest of the buttons, wheels and levers that we can find in the radio control of a drone are usually configured by the manufacturer and will not always have the same function. P ero can range from moving the camera, to order automatic takeoffs and landings.

You can always find more information about its usefulness in the manufacturer’s manual.

These sensors take care of positioning.

The GPS tells the drone the 3D position in space ; on planet Earth. The compass provides you with orientation when traveling . Where the front of the RPA faces.

Both are essential in flight, since with a single reference point (GPS) the drone is not able to correct its drift, since it does not know in which direction to do it. But an aircraft can take off and fly without GPS, and yet it does not take off if the compass is not ready.

It is important to make sure that you have a good number of visible satellites (9 or more) and that you have a well calibrated compass in the area where you want to fly.