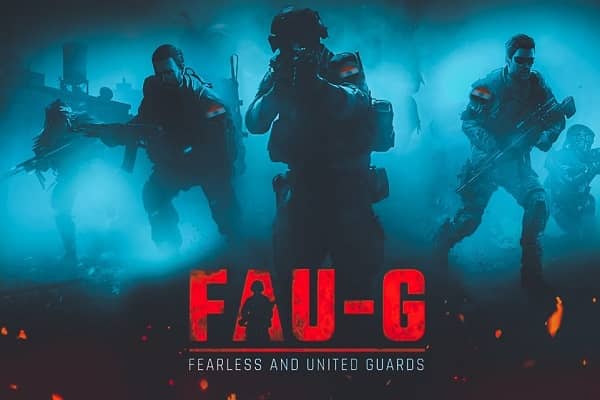 PUBG Mobile has become the best virtual friend for many youngsters and this game became an addiction. Such addiction was seen in the 90s kid when they use to play Grand Theft Auto. Well, there is no comparison between GTA and PUBG Mobile. Recently, PUBG Mobile was surprisingly banned in India, and within a couple of days, many developers started created PUBG alternatives.

Currently, FAU-G: Fearless and United Guards is the trendiest topic in the Indian gaming community. The name ‘’FAU-G’’ has started taking the nation by storm, and many enthusiastic gamers are finding FAUG Game Download APK files and links.

Here, in this article, we’ll be explaining what’s happening so far about this game.

Initially, many people were shocked when they heard PUBG is banned in India. The only good for the PUBG lovers was the teaser of the FAU-G game. This multiplayer game is not yet launched officially; it’s still under the development process. According to various rumors, FAU-G will be the best alternative of PUBG in India, and it might get launched by October-end. Well, the Indian actor, Akshay Kumar, announced the teaser of FAU-G on Twitter, which itself created hype in the Indian gaming community.

Vishal Gondal, CEO of GOQii, officially tweeted that the FAU-G game is the Prime Minister’s Narendra Modi Atmanirbhar App campaigner. This announcement just came after the ban of 118 Chinese applications that also includes PUBG Mobile and PUBG Lite. According to Vishal Gondal, the development process of this game was already started in May-June 2020. Initially, this game would be available only for smartphones. Later, the IOS and Windows version will soon be available.

Currently, various rumors and fake posters and trailers are uploaded on the internet. It would be recommended to you stay away from these banners and trailers. No official trailer and maps are revealed by GOQii. According to the tweet of Akshay Kumar, 20% of the game earnings will be directly donated to the ‘Bharat Ke Veer Trust.’ This multiplayer game will be entirely based on the sacrifices made by the Indian Armed Forces.

Is FAU-G A Battle Royale Game?

If you see the teaser and official banner of this game, it is quite similar to PUBG. FAU-G will be a mobile game, but the entire theme will be similar to PUBG Mobile. Vishal Gondal claimed that FAU-G would be having multiple modes for gamers. However, this game would be designed with a third-person perspective. There are no such claims whether players can switch between third and first-person. What if Battle Royale will not be a part of FAU-G? You should stay tuned to know more about its gameplay.

This game is still having multiple rooms of development, and developers are fixing various bugs and adding some exciting features. Well, good games aren’t easily available; therefore, you have to wait for some more weeks to know more about this game.

Is FAU-G Game The Perfect Clone Of PUBG?

As already mentioned above, FAUG will follow the battle Royale theme or not is unconfirmed. Above all, there are fewer chances that the game will be a clone of PUBG. In simpler words, this Indian game will feature third-person brawler mode where you don’t have to hunt for guns on the isolated islands.

According to the rumors, Galwan valley will be the invisible backbone of this game. The clash between Indian and Chinese troops will also be part of this game. The gamers will learn more about the security of our nation and the action of the Indian Army through this game.

Indian actor Akshay Kumar is a member of the team and contributing a lot to the development process of this game. It’s 100% sure that gamers will learn the basics of martial arts and hand-to-hand combat.

As already mentioned above, the download links, trailers, and banners of this game are 100% fake. Innumerable third-party application providers are using this opportunity and providing inappropriate links for downloading this game. In a nutshell, whatever APK files you see on the internet is fake. Currently, the FAUG game is not yet live, and even the beta versions are also not available. Subsequently, it is recommended to stay away from all the rumors and third-party application providers.

You Can Also Read About PGT+ (Pro Graphics Toolkit) is a launcher utility that can change graphics settings, optimize fps and boost gaming performance with unique features.

Tentative Release Date And Future Of This Game

As you know, this game’s development process started in May 2020 and initially sought to release on August 15th. However, this game’s nature is highly complex, and reports indicate that it will be launched in October end.

According to founders, FAU-G is part of three games where the other games are associated with music and cricket. The cricket game will also release in September, coinciding with IPL 2020 tournament. The company is working on multiple new games and raising funds for the development process.

As everyone knows, gaming in India is not quite popular and favorite in India. Therefore, you need to wait and see the results of the efforts in the upcoming future.

We hope that FAUG will soon be beneficial to raise the Indian economy. On the other hand, PUBG is actively finding ways to return to India, and battle royale might start soon. This time PUBG has announced that it will work on a higher refresh rate. In simpler words, it will be a cutthroat competition between PUBG and FAUG.

This was all about one of the most popular upcoming Indian Game ‘’FAUG: Fearless and United Guards. With the partnership of India Actor, Akshay Kumar and nCore game, soon all the applications will be eliminated that are harmful to the integrity and sovereignty. It is highly recommended that you shift to Indian applications to support PM Modi’s Atmanirbhar App Campaigner. For more updates of this game, stay tuned.