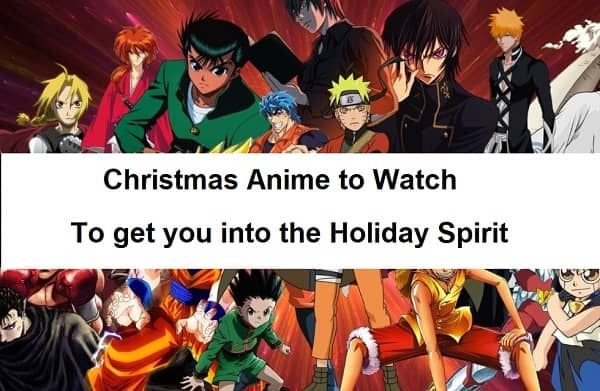 Christmas time is literally just a few weeks away. While COVID-19 just threw away our hopeful 2020, there’s still a chance for us to enjoy this season despite what had happened.

Japan has given us one of the best things that have been invented: Anime. And what better way to get into the groove of Christmas spirit than to have a list of anime that has the yuletide vibes. Today you can see all the coolest shows by just going to the best free anime sites available online. Here are a few recommendations for you to check out.

Satoshi Kon (famous for Paprika among others) directed this anime film in 2003 and is loosely based on a novel by Peter B. Kyne. It follows three homeless people during Christmas Eve in Tokyo. The major characters were a middle-aged alcoholic, a former drag queen, and a girl that ran away from home. They end up finding a newborn while looking through the trash. They then all find the child’s parents.

With a plot like that, this is a film that is easily a Christmas anime you will need to watch.

Itsudatte My Santa! (Always My Santa!)

This was initially a Japanese manga by Ken Akamatsu. An animated OVA with only 2 episodes was released on the 8th of December 2005 in Japan.

It follows the story of Santa. A gloomy, unlucky boy born on Christmas eve. (Yup) But that convenient happenstance aside, it’s actually a good Christmas anime. Santa meets a Santa-in-training girl named Mai who then gives him a Christmas that he will never forget. Sort of like to make up for all the sad parts of Santa’s life. Santa’s bad luck seems to have a positive turn when he and Mai fall in love.

Anime that’s got romance and Christmas themes will really get you into the holiday mood.

Love Hina is, much like all popular anime today, started out as a manga series written and illustrated by Ken Akamatsu. This story is about Keitaro and his search for a girl who he had made a childhood promise to enter the University of Tokyo. It’s one of Japan’s most popular series. So it would not be surprising if the show eventually gets its own Christmas special.

Love Hina Christmas Special: Silent Eve OVA follows their lives as well in the University. If you want to follow along with their love story during the holidays, this Christmas Special is perfect.

The nineties were a fantastic time for film and anime. But also because of Sailor Moon.

Much like other anime series that were immensely popular back in the day, the franchise also had a slew of Movies made. Sailor Moon S: The Movie was the second one that came out. The movie tells the story of an unusual snowstorm that comes to Tokyo. Sailor Senshi discovers that Kaguya, an evil snow queen, wants to freeze the entire world. It is now up to our heroes to stop this villain from turning the earth into an ice ball.

If by any chance you were a fan of the series back in the nineties when the original series aired, watching this today would be a very good nostalgia trip and a good Christmas show to watch.

Aggretsuko: “We Wish You A Metal Christmas”

The show on Netflix Aggretsuko follows the everyday life of a red panda named Retsuko as she struggles with the everyday stresses of office work. Retsuko blows off some steam of her stress and frustrations by going to karaoke and singing along to death metal songs.

“We Wish You A Metal Christmas” is an Aggretsuko Christmas episode special that is absolutely hilarious and filled with the Christmas spirit as it finds Retsuko all alone during Christmas time. Luckily there’s Haida, a co-worker who has had a crush on her for a long time. Haida tries his very best to work up the courage to talk to her after the numerous times that Retsuko rejected him.

If you want something action-packed and quite serious, here’s an excellent recommendation.

Sword of the Stranger is a Japanese film from 2007 directed by Masahiro Andō and produced by the animation studio Bones. The film follows the life of an orphan named Kotarou and his cute dog Tobimaru as they are both being chased by a slew of assassins. As most things go, a little boy and a dog are definitely not a suitable match against a group of deadly assassins. Luckily, they run into a skillful and equally deadly ronin.

While the film never really happens during Christmas time, and there is definitely a decent amount of blood thrown, the film all takes place during the wintertime. Making it fit in this list.

For Mecha fans, there is a classic Gundam film you could watch that perfectly fits the holiday season.

Gundam Wing is one of many Gundam spin-offs that had a significant following until now. The movie specifically serves as both a prequel and a sequel to the Gundam Wing TV series as it covers the history of what happened before the events on the TV series and also tells the story of what happens after. The film was originally released as a three-part OVA in 1997 but has since been combined like the released compilation version in 1998.

Endless Waltz tells the story of a time where the wars between colonies have ended. However, of course, peacetime never lasts long. A rebellion spreads like a wildfire led by the illegitimate daughter of a previous villain/hero, Treize. So, our hero pilots must use their Gundams one last time in order to stomp out the forces of the rebels and save as many people as they can.

Why is a mecha film with a whole dose of war and rebellion fit for the holidays? That’s because this movie takes place on December 24th, Christmas Eve.