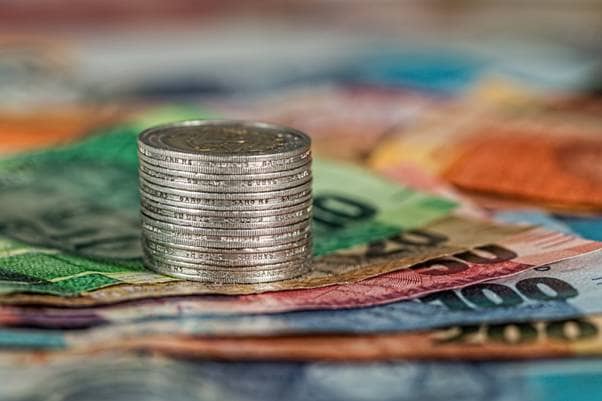 According to a Pew Research Center poll, 65% of Americans have a positive view of capitalism. Of those that view the economic system favorably, many say that it’s linked to the success of the nation and that it fuels prosperity. On the other hand, 33% of Americans have a negative view of capitalism largely because they think it is connected with corruption and inequality.

If you head to the hippest city in your state or wander around your local liberal arts college, you’ll likely find lots of smack being talked about capitalism.

What is capitalism exactly, though, and what are its pros and cons? Do the advantages outweigh the disadvantages?

Let’s dive into the topic to take a look at some of the market-boosting advantages of capitalism.

Capitalism is an economic system where capital goods are owned by businesses or private individuals. Supply and demand in the general market inform the production of both services and goods. This is as opposed to central planning.

Laissez-faire or free market capitalism is considered the purest form of capitalism. This is when there are no restraints on private individuals. They have complete and absolute freedom when it comes to what they sell, where they invest, and what prices they buy and sell things for.

It is common these days for countries to practice an economic system that mixes some of the principles of capitalism with some government regulation and ownership of certain industries.

While capitalism has been the prevailing system in the U.S. for the length of its history, other nations can be defined as socialist. Under socialism, all of the production and distribution decisions are made by the nation’s government. This means that employment, food, healthcare, and all individual needs must be received through the government.

In this system, the supply and pricing of goods is determined by the government rather than the free market.

Socialism and communism are often used interchangeably in the American discourse, but they do not mean the same thing. While both of these economic and political systems focus on the notion of distributing income equally, they differ in that communism calls for the working class to achieve power through revolution.

How Does Capitalism Work?

Basically, capitalism works by allowing for the private ownership of the means of production. This is particularly true in the industrial sector. In order for this system to work, private property rights must be enforced.

In a capitalist system, production is based on supply and demand. This means that the more supply there is of a product compared to its demand, the cheaper the product will be. The opposite is also true.

It’s worth understanding that most countries that practice capitalism today don’t practice pure capitalism. Instead, there is some degree of government intervention.

To learn more about free market capitalism, check out this article about the ideas of Michael Sandel.

What Are Some Advantages of Capitalism?

You might hear capitalism getting a bad rap if you stop by your local vegan coffee shop, but there are a lot of things that make capitalism a pretty incredible and beneficial system. Let’s take a look at five of the market-boosting advantages of capitalism.

One of the great things about capitalism is that it inspires innovation. Companies are motivated to try and create new products that will help improve the lives of their customers. When you run a business in a competitive market, you have to always try and stay one step ahead of the competition.

Another benefit of capitalism is that it motivates a competitive environment. This free market situation means that any one can create a business and anyone can compete to be successful. Competition also helps to keep prices reasonable and ensures that consumers are able to choose from the best possible products out there.

In a capitalist system, everything that is being produced is being made according to demand. This means that consumers have a lot more power than they do in a communist or socialist system. At the end of the day, consumers decide what products get made and how much they cost.

Efficiency is encouraged in many areas of the economic system of capitalism. This includes resource distribution, productivity, and adaptation occurring more efficiently.

Capitalism helps to distribute resources more efficiently because capitalism is driven by demand. Resources go towards things that have a need and not towards those that don’t.

Efficient productivity is also a huge benefit of capitalism. When a country uses a capitalist system, people are encouraged to work smarter, not harder.

Lastly, businesses that are participating in a capitalist system are encouraged to adapt in order to fit the needs of the market.

Capitalism also encourages entrepreneurship in a way that economic systems without a free market simply don’t. In a capitalist system, you are free to begin your own business endeavor and work to succeed on your own terms. Entrepreneurs can help to bring solutions to society because of the competition encouraged by capitalism.

Free markets make entrepreneurship possible. This gives people more freedom but also leads to a society where products and services are on the cutting edge of innovation.

Capitalism: A System That Encourages Growth and Prosperity

Capitalism is always getting a bad rap these days. However, there are a lot of freedoms that Americans have that don’t exist in other countries because of our economic system. Understanding the benefits of capitalism can also help you understand the potentials you have as an entrepreneur.

Did you find this article about the advantages of capitalism interesting? If so, be sure to check out the rest of our blog for more interesting content!